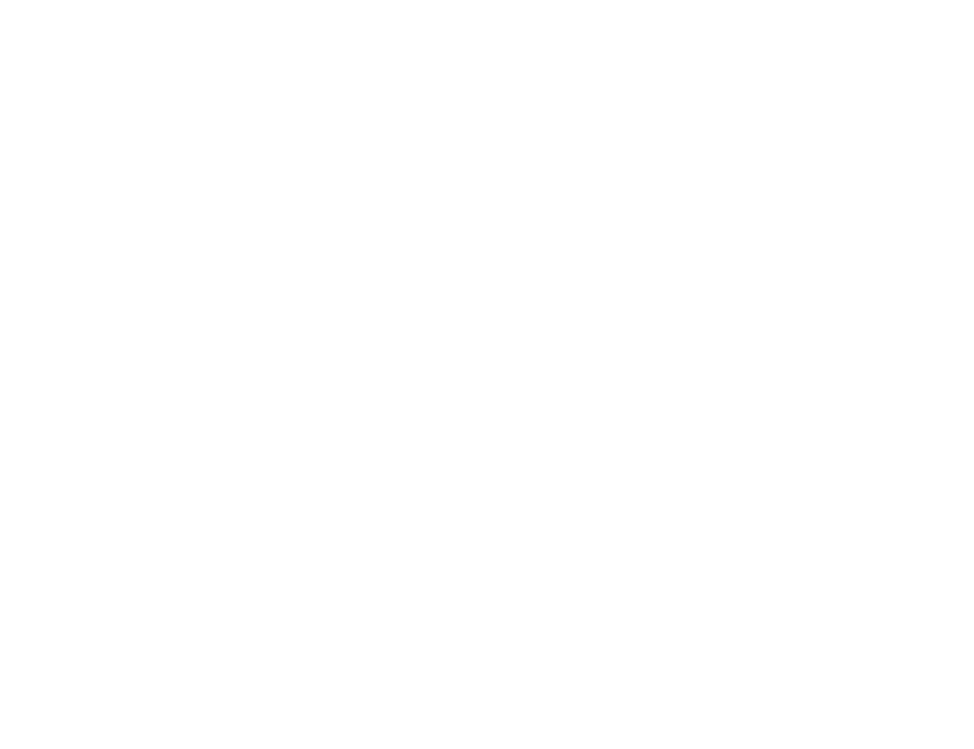 Ralph Cantos wrote us with a tip to search for an episode of an early fire-rescue series similar to Jack Webb’s “Emergency!” from the late 1950s entitled “Rescue 8.” One episode, entitled “The Steel Mountain,” was filmed at National Metals on Terminal Island, using the stacks of scrapped Los Angeles Railway / Transit Lines cars as part of the plot. The episode features a very young Harry Dean Stanton, as well as possibly voiceover legend Paul Frees (Haunted Mansion).

A man and his girlfriend go to a storage yard where old trolley cars are stacked and stored. They are looking for money that was hidden under the rear seat of trolley car #1392. After finding the money, the man attempts to get down from the old stacked trolley cars when he slips and gets trapped. Wes and Skip must devise a plan to free the man without causing the stacked trolley cars to collapse.

Back in 1959 there was  an episode of the weekly TV show “RESCUE-8” called “THE STEEL MOUNTAIN” and it was filmed at National Metals on Terminal Island. In this episode the bad guy gets trapped between two of the LATL H-class car bodies and has to be rescued. 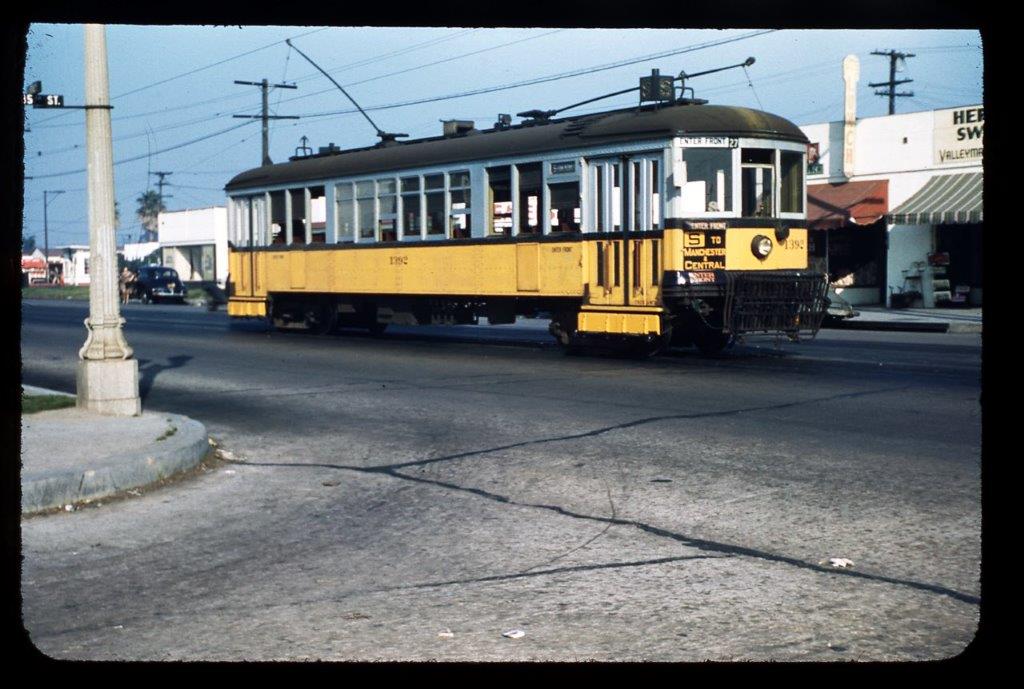 Los Angeles Transit Lines 1392This is the car depicted in Rescue 8 where the stolen money was located. This undated image was captured on the S Line. Unknown photographer. 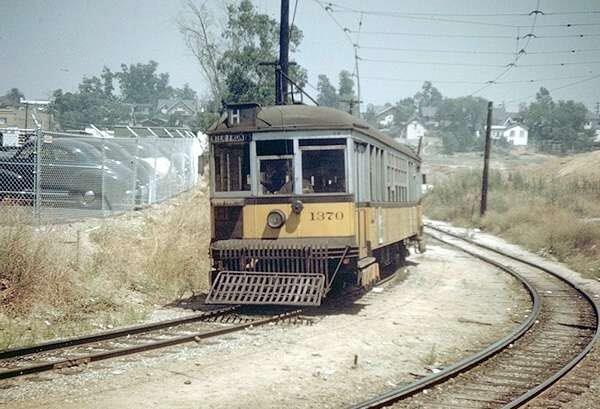 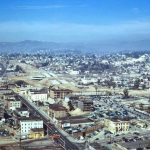 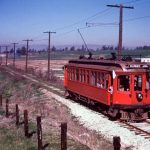